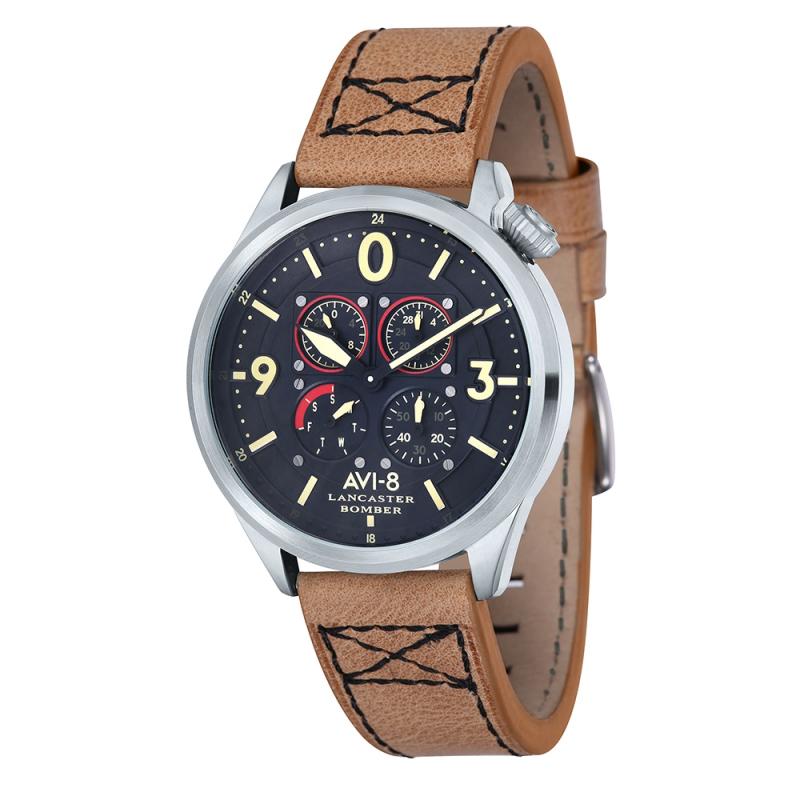 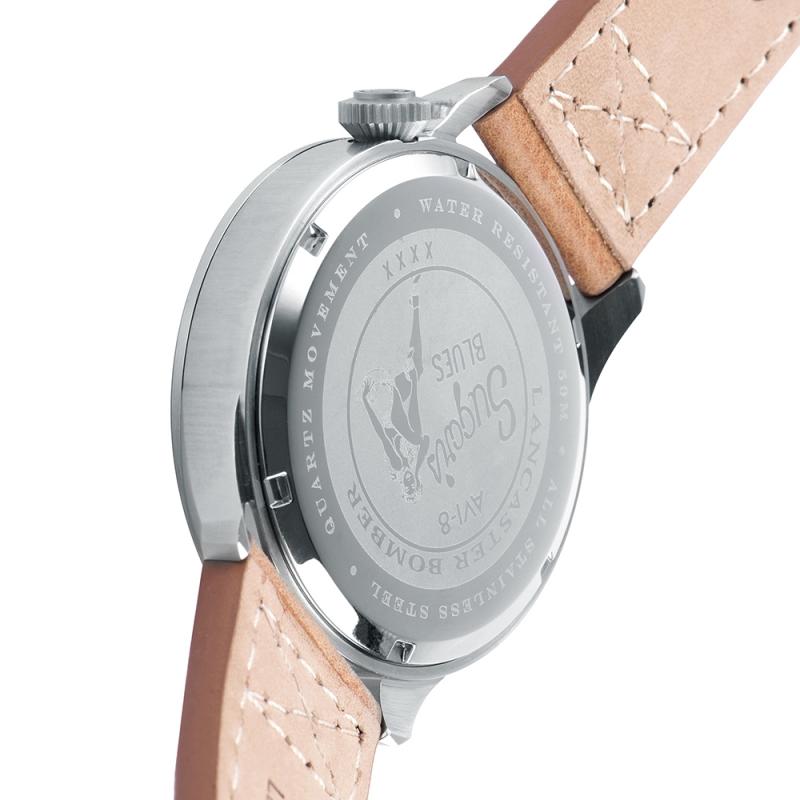 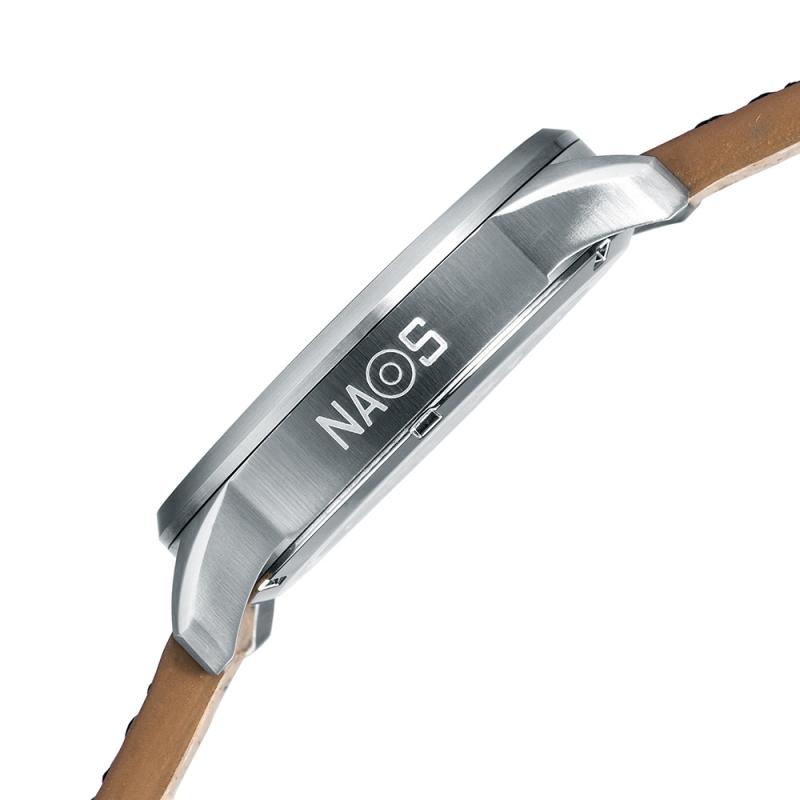 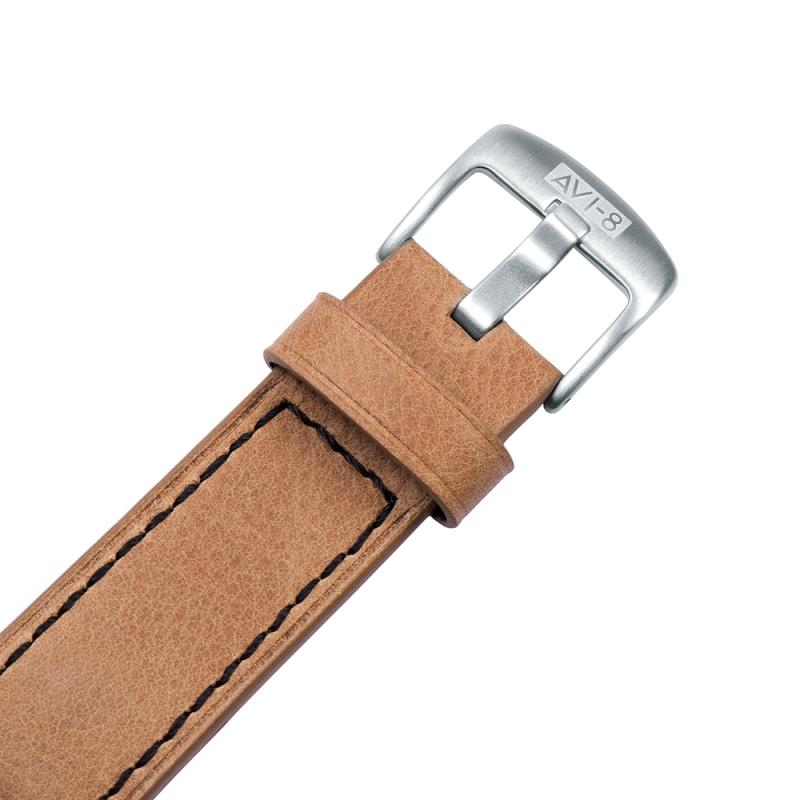 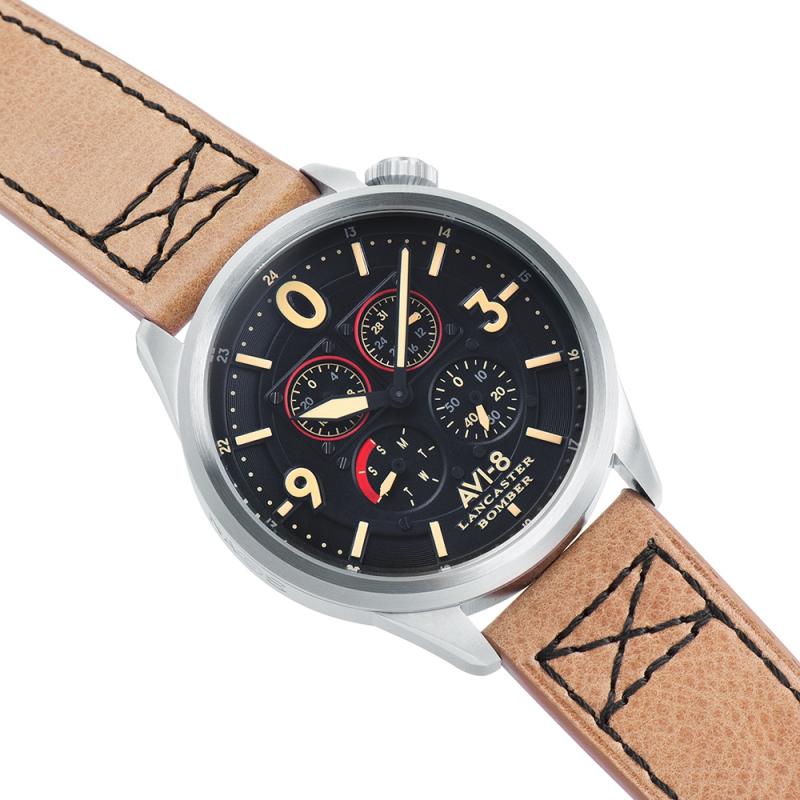 The AV4050 fits perfectly as both an unabashedly aviation inspired timepiece that is replete with design cues and inspiration from the iconic Lancaster Bomber. From the 316 L marine grade stainless steel through to the supple premium leather strap cross-stitched given the rigours of pilot usage, the AV 4050 is built with quality and endurance in mind. What sets the watch out of course is the intriguing cockpit position like dial which displays day, date, seconds and 24 hour readout within individual cockpit inspired gauges that mimic those on board the Lancaster that would read out pressure, altitude, fuel and other critical diagnostics of the plane. With subtle precision, the dial has been painstakingly manufactured with depth and detail reproduced to give the wearer a glimpse inside of and upclose a wartime icon. The caseback pays another tribute to the Lancaster. During WW2, it was common for the crews of the Lancaster (and other planes) to decorate or illustrate the front end of their aircraft with pop culture reference of the day. Drawings of animals, cartoons of the day, pinups or graffiti like tagged sayings all gave each aircraft and their crew a sense of psychological defense or normalcy in what were the trying stressful conditions of combat. Given the connection between pilot and plane that these examples of art helped to connect man and machine is an illuminating look back at wartime history. The “Sugars Blue” art on the AV4050 is based on the popular “Varga” pin-up girl who was featured in the January 1945 edition of Esquire magazine. The plane in question was that of Lancaster Bomber KB-864 of No. 428 Squadron Royal Canadian Air Force. The aircraft’s markings were NA-S and the aircraft would have been referred to as “S for Sugar.” Sugar’s Blues was a popular wartime dance tune.